Since at least the attacks of September 11, 2001, one of the most urgent political questions of our time has been whether religious freedom and Islam are ultimately incompatible.

Daniel Philpott, RFI Senior Associate Scholar and Notre Dame Professor of Political Science, seeks to answer this question in his new book, Religious Freedom in Islam: The Fate of a Universal Human Right in the Muslim World Today (now available).

In a special 10-part series on Cornerstone Forum (and to be posted below), Daniel Philpott will be previewing key arguments of his new book that aim to address the future of religious freedom in the Muslim world.

As the book’s description states:

From a satellite view, the Muslim world looks unfree. But, Philpott shows, the truth is much more complex. Some one-fourth of Muslim-majority countries are in fact religiously free. Of the other countries, about forty percent are governed not by Islamists but by a hostile secularism imported from the West, while the other sixty percent are Islamist.

In the West, a culture war over Islam has been raging at least as far back as the attacks of September 11, 2001. It flares up every time terrorist acts or other forms of violence involving Islamists hit the headlines. Much as in the Cold War, this public debate has hawks and doves, which he calls “Islamoskeptics” and “Islamopluralists,” respectively.

Who is right? Religious Freedom in Islam seeks to answer this question. Its criterion is religious freedom. More demanding than tolerance or even democracy, religious freedom requires enduring respect between persons and communities holding different religious beliefs and practices. Religion deals with the ultimate questions of life so differences in this domain are highly consequential. Religious freedom, thus, requires respect for everyone’s full and equal citizenship, and a rejection of all heavy forms of discrimination.

The book’s description summarizes the urgency of this project:

Religious freedom promotes goods like democracy and the advancement of women that are lacking in the Muslim-majority world and reduces ills like civil war, terrorism, and violence. Further, religious freedom is simply a matter of justice—not an exclusively Western value, but rather a universal right rooted in human nature. Its realization is critical to the aspirations of religious minorities and dissenters in Muslim countries, to Muslims living in non-Muslim countries or under secular dictatorships, and to relations between the West and the Muslim world. 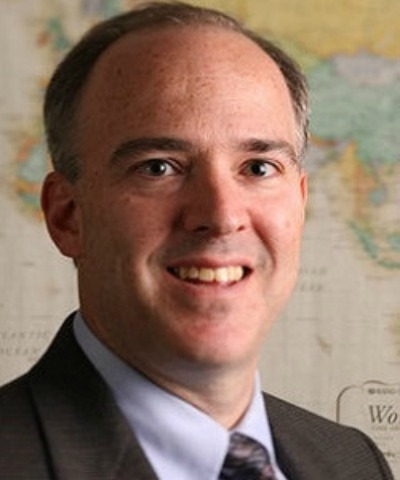 I hope that my new book, Religious Freedom In Islam: The Fate of a Universal Human Right in the Muslim World Today, may help to cool tempers in a culture war over Islam that has been taking place in the West at least as far back as the attacks of September 11, 2001.

Daniel Philpott
A Catholic Pathway for Freedom in the Muslim World?

What Islam needs is a Reformation. This is a claim that one often hears in the Western media. In another version, it is an Enlightenment that Islam really needs. In either rendering, Western history is invoked to reveal a pathway for Islam. The West, too, once knew a time when intolerance reigned, the logic runs, but then a revolution took place that ushered in freedom. Should Islam experience a similar revolution, it, too, would realize freedom.

Muslims will not likely find these pathways to be promising.

My new book, Religious Freedom In Islam: The Fate of a Universal Human Right in the Muslim World Today, argues that the Muslim-majority world is not religiously free in the aggregate but that it does contain some religious freedom and that where religious freedom is lacking, Islam is not always the reason for its absence. Does Islam carry the potential for expanding religious freedom?

Daniel Philpott
Whatever Happened to the Arab Uprisings?

At 11:30 in the morning of December 17, 2010, Mohamed Bouazizi, a produce vendor in the city of Sidi Bouzid, Tunisia, set himself on fire in front of the local government headquarters in order to protest governmental corruption and in so doing provoked a historic wave of demonstrations and uprisings across the entire Arab world.

Did the Arab Uprisings succeed?

Daniel Philpott
The Islamists You Have Heard About (Excerpt)

In the last two posts, I have argued that Islam is not hardwired for violence, but even a casual consumer of contemporary news in the West is likely to ask: What about the shootings by an Islamist in the nightclub in Orlando, Florida in 2016? Or the violence that Islamists have perpetrated in Paris, London, Madrid, Berlin, Fort Hood, Ottawa, Boston, and so many other places? Or the Islamic State? Or the attacks of September 11, 2001? A more informed observer might add this: What about the many Muslims around the world who have been victims of Muslim terrorism? These phenomena did not appear motivated by the rationales of religious freedom or secular repression, the political theologies that I have argued govern other patterns of Muslim-majority states. No, this violence appears motivated by the Islamic faith.

Daniel Philpott
The French Revolution, Not Just the Iranian Revolution is the Problem

The secular repressive pattern in Islam follows the French Revolution and is a rival to the Iranian Revolution in its low levels of religious freedom. Most practitioners of the secular repressive pattern have been authoritarian rulers: Shah Reza Pahlavi of Iran, Saddam Hussein of Iraq, Egypt’s Gamal Abdel Nasser, Syria’s Assads. It is often through brutal force, including torture, that they restrict religion—and necessarily so because their populations are far more religious than they are.

Daniel Philpott
There Is Religious Freedom in the Muslim World: The West African Seven

From a satellite view, the Muslim world does not look religiously free. The picture seems to favor the view that I have called “Islamoskepticism.” Of 47 Muslim-majority states, 36, or almost three-quarters, have “high” or “very high” levels of religious repression according to the standards of the Pew Research Center.

When we zoom in closer, however, the picture is more diverse and does not so easily favor the Islamoskeptics.

My new book, Religious Freedom in Islam: The Fate of a Universal Human Right in the Muslim World Today, assesses the West’s culture war over Islam through the criterion of religious freedom. The problem is that religious freedom itself has been the subject of a public contretemps in recent years.

This controversy is of recent vintage and beset with amnesia.

A culture war over Islam has been raging in the West at least as far back as the attacks of September 11th, 2001. It flares up every time terrorist acts or other forms of violence involving Muslims hit the headlines. Much as in the Cold War, this public debate has hawks and doves, which I will call “Islamoskeptics” and “Islamopluralists,” respectively.

Who is right? That is the question that Religious Freedom in Islam seeks to answer. Its criterion is religious freedom. More demanding than tolerance or even democracy, religious freedom requires enduring respect for the religious beliefs and practices of the person or community who differs over the ultimate questions of life, respect for everyone’s full and equal citizenship regardless of his or her religious beliefs, and a rejection of all heavy forms of discrimination.