Religious Freedom Veterans Reflect on the Past, Present, and Future of the Movement

On Monday, July 23, the Religious Freedom Institute (RFI) and 21Wilberforce co-sponsored “International Religious Freedom Act at 20 and World of Faith and Freedom at 10: What has Changed and What is Changing?” The event was held in conjunction with the U.S. Department of State’s Ministerial to Advance Religious Freedom.

Opening remarks by Congressman Chris Smith (R-NJ) emphasized the urgency of the State Department holding the first-ever Ministerial to Advance Religious Freedom in a world where 83% of people live in countries with high restrictions on religious freedom. “Indifference is an enemy of progress,” Representative Smith reminded us. And this unprecedented Ministerial is a testament to this administration’s understanding of the crisis.

Farr spoke candidly on the “Religion Avoidance Syndrome” among diplomats and the lack of religious understanding in the foreign service infrastructure. Global religious freedom is inextricable from economic and political stability, as well as U.S. national security.

With a fervor that’s expected from the “Godfather of the religious freedom movement,” Congressman Wolf lamented the silence of U.S. faith leaders, as well as bureaucratic inefficacy. He called for the U.S. to make full use of its foreign policy toolkit in battling religious persecution. “South African apartheid would’ve never fallen without sanctions,” he said.

Looking forward, Farr emphasized the importance of recognizing the place of religious freedom in our own history. In order to fight for religious freedom abroad, we need to revisit our own values and understand why it’s important to Americans living in America. And if we can’t do it, in a country defined by religious freedom, who can?

The final panel was moderated by RFI Executive Director Kent Hill. It featured Emilie Kao, Director of the Devos Center for Religion and Society at the Heritage Foundation, Katrina Lantos Swett, President of the Lantos Foundation, and Allen Hertzke, David Ross Boyd Professor of Political Science at the University of Oklahoma.

Emilie Kao reflected on the birth of the movement 20 years ago; “we’ve come a long way but the challenges are not receding.” She highlighted the twofold obstacle facing religious freedom: aggressive secularism (exemplified by the French hijab ban) as well as religious extremism (such as Buddhist extremists in Myanmar, ISIS, and Indian Hindu extremism).

Indeed, Dr. Hertzke articulated the irony of this moment in history. Where we have an unprecedented slew of data on the correlation between religious freedom and economic flourishing, peace, and democracy yet religious freedom is increasingly under attack.

“It’s under attack abroad as well as at home,” Katrina Swett remarked. America’s political polarization has made religious freedom a partisan issue, which undermines our goals abroad. She recalled her difficulties as Chair of the United States Commission for International Religious Freedom in working with Democrats who see “religious freedom” as code for bigotry. Kao added that the case for religious freedom must be made toward non-religious Americans who don’t understand its value. Religious freedom has not been immune to the recent trend of human rights politicization.

Finally, Dr. Hertzke observed the recent climate of ethnonationalism that has undermined domestic religious freedom. This trend must be challenged on the grounds of healthy pluralism. He optimistically stated that our efforts abroad will help us examine our issues at home.

Following the conversation, attendees were given the opportunity to ask questions. A reception followed.

The first-ever Ministerial to Advance Religious Freedom was hosted by Secretary Pompeo in Washington, D.C. The Ministerial focused on concrete outcomes that reaffirm international commitments to promote religious freedom and produce real and positive change. The Ministerial convened a broad range of stakeholders, including foreign ministers, international organization representatives, religious leaders, and civil society representatives, to discuss challenges, identify concrete ways to combat religious persecution and discrimination, and ensure greater respect for religious freedom for all.

The Ministerial to Advance Religious Freedom took place from Tuesday, July 24 through Thursday, July 26. Ministerial with numerous side-events which spanned the entire week. 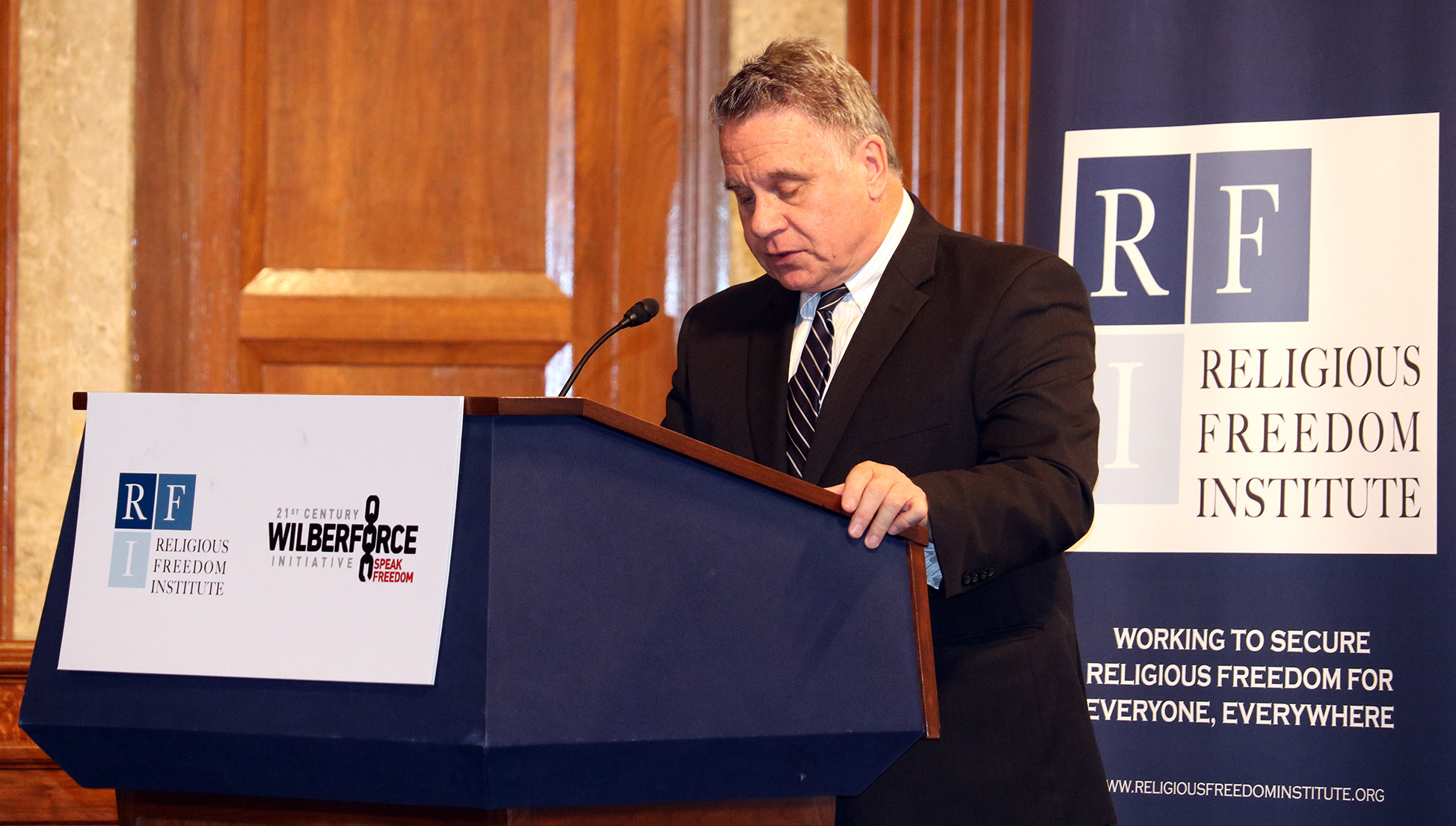 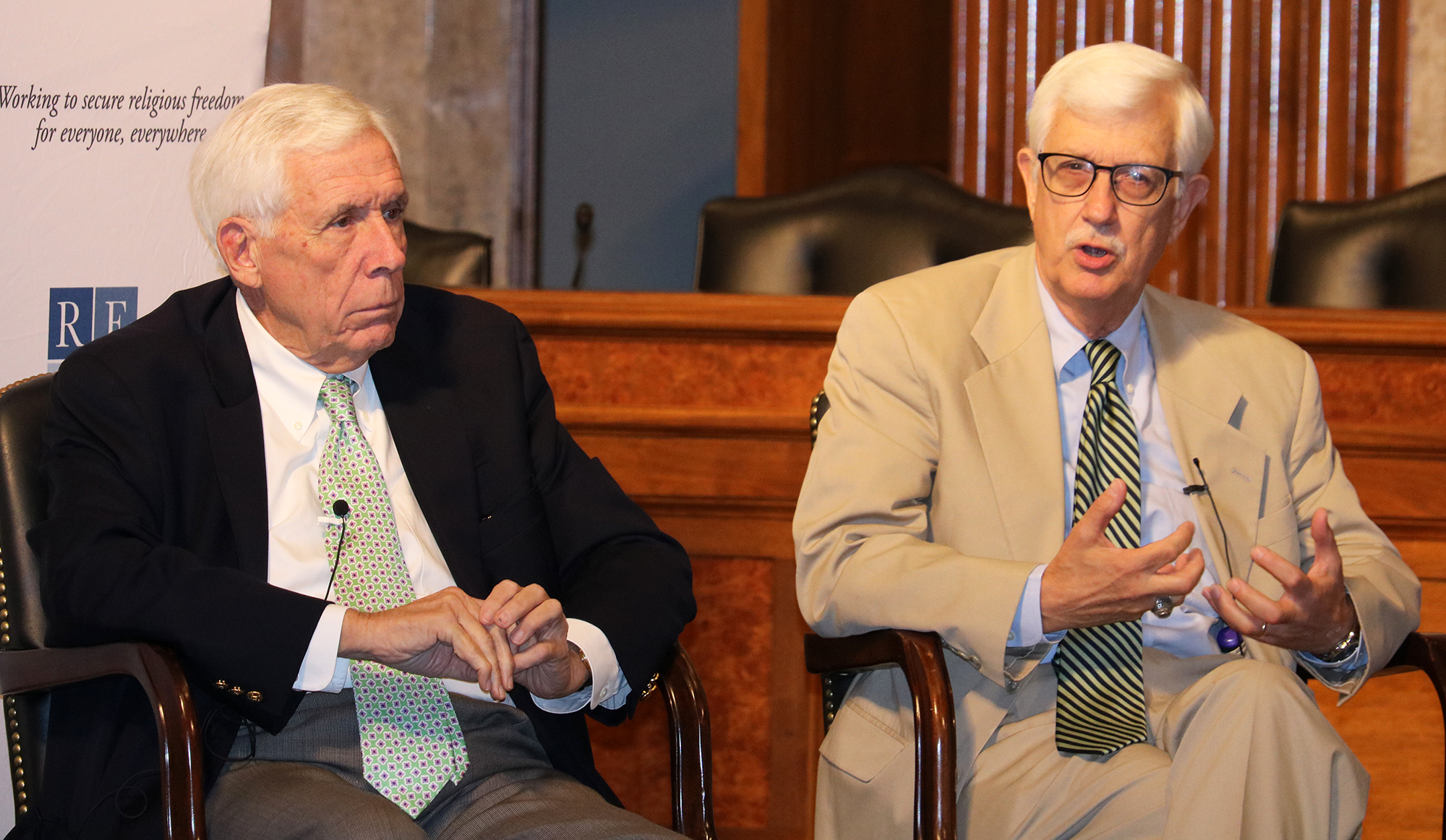 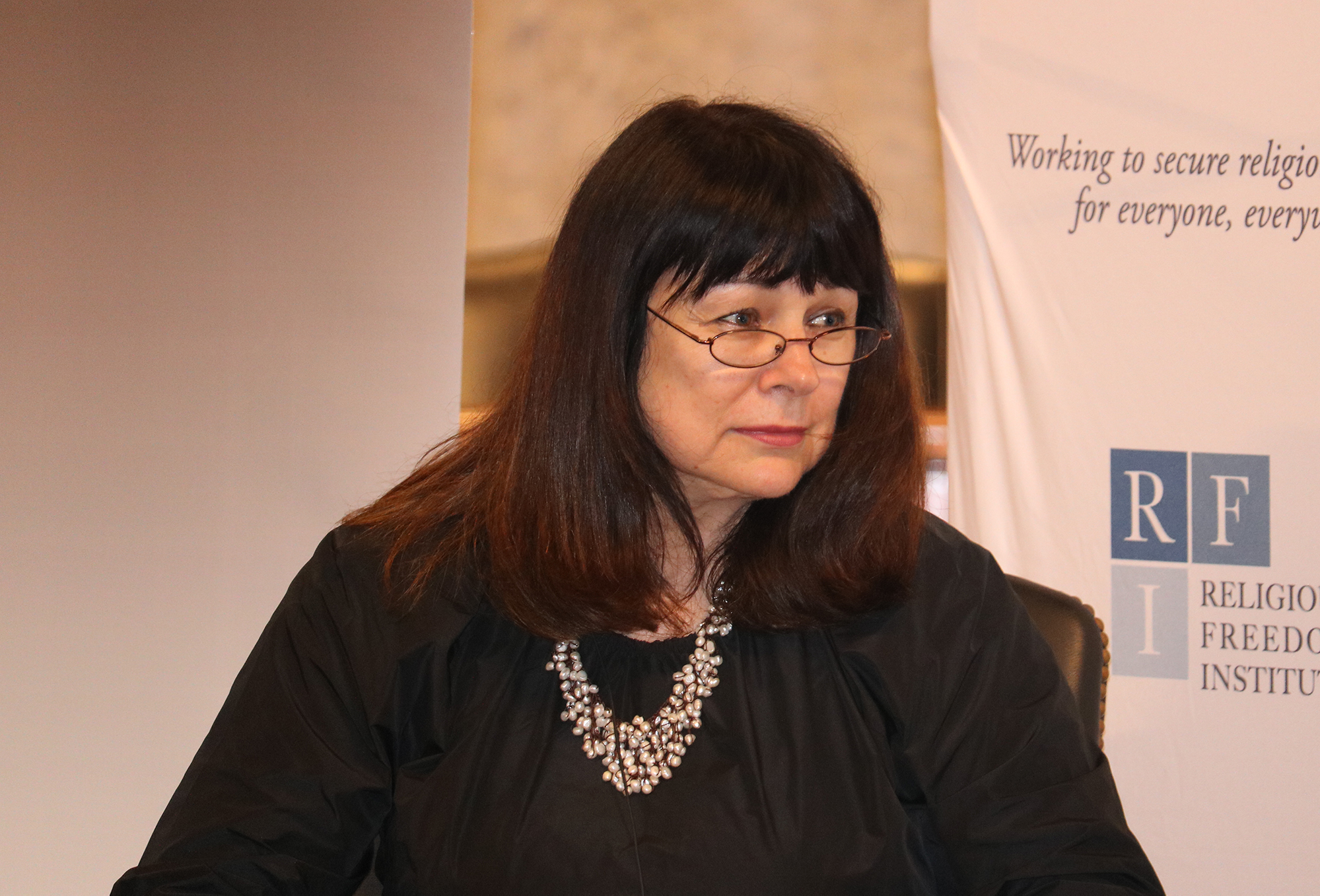 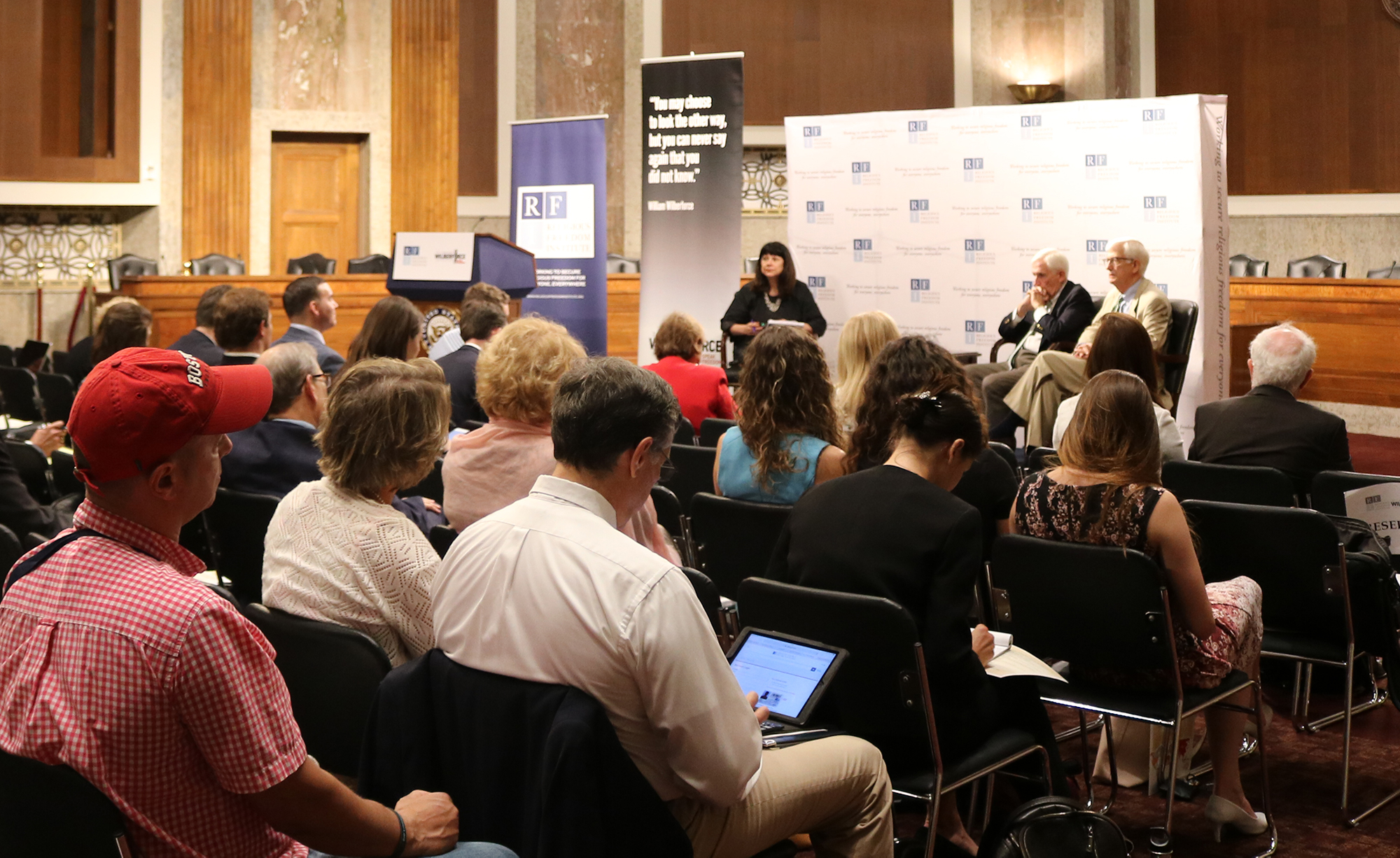 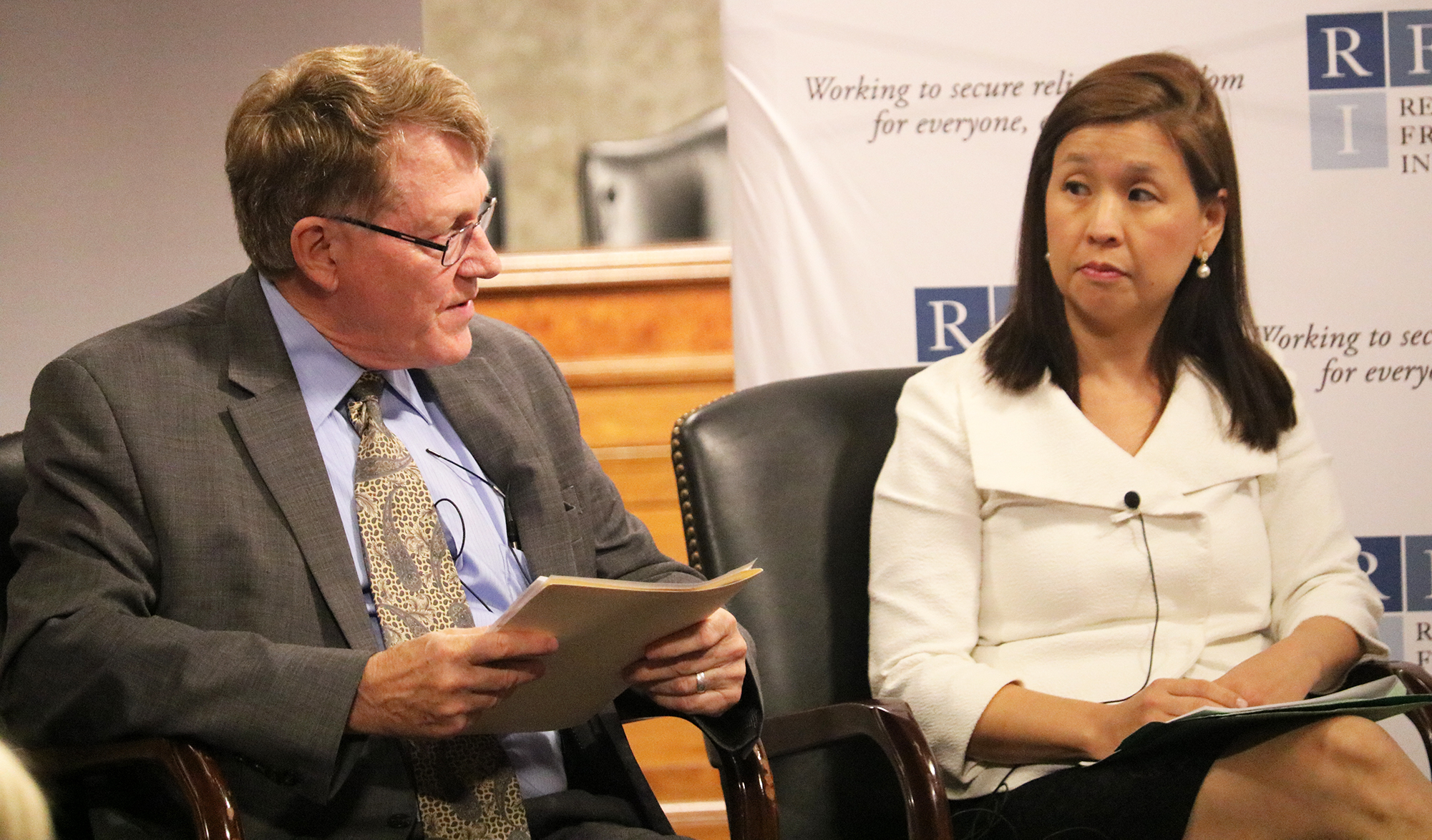 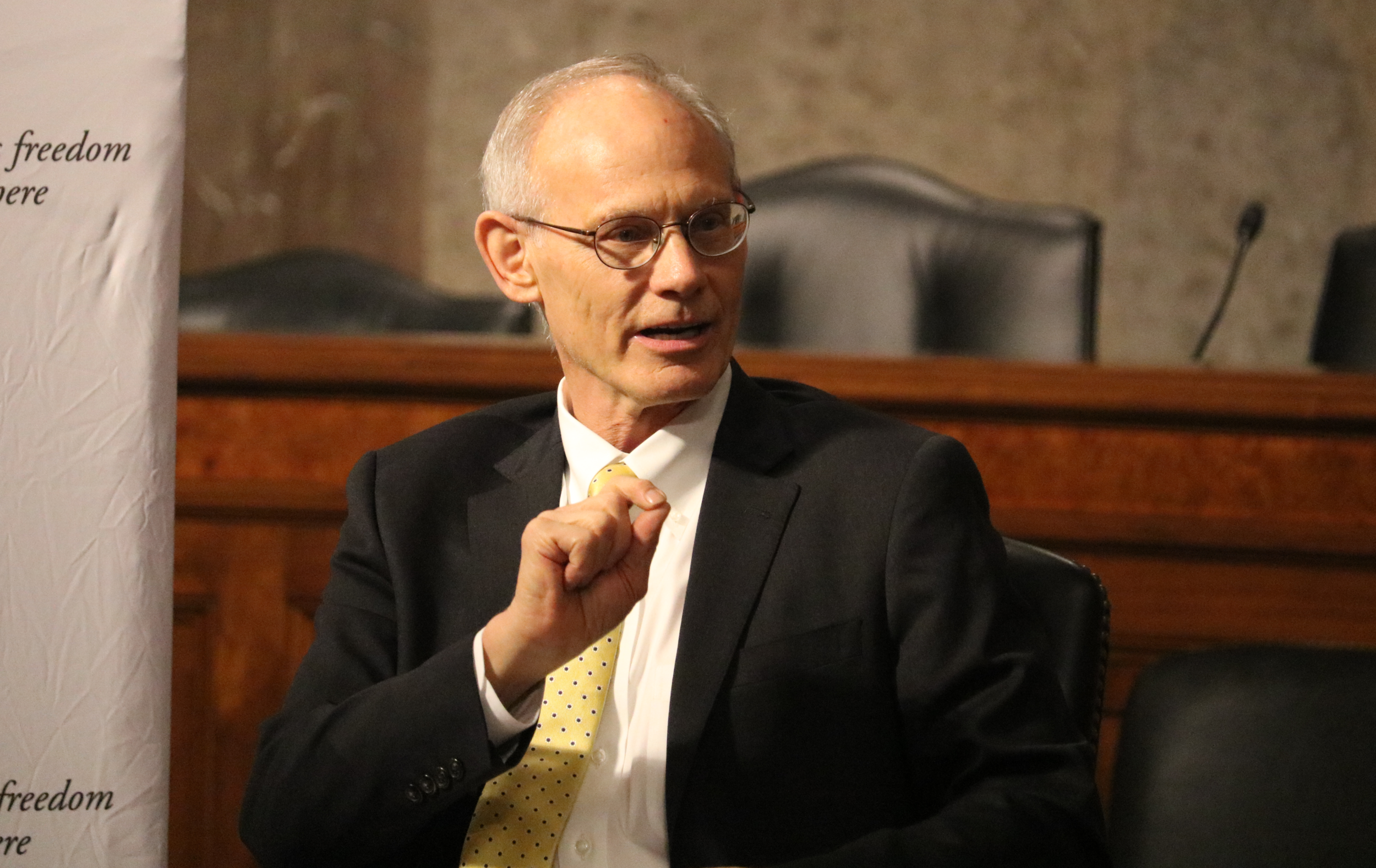 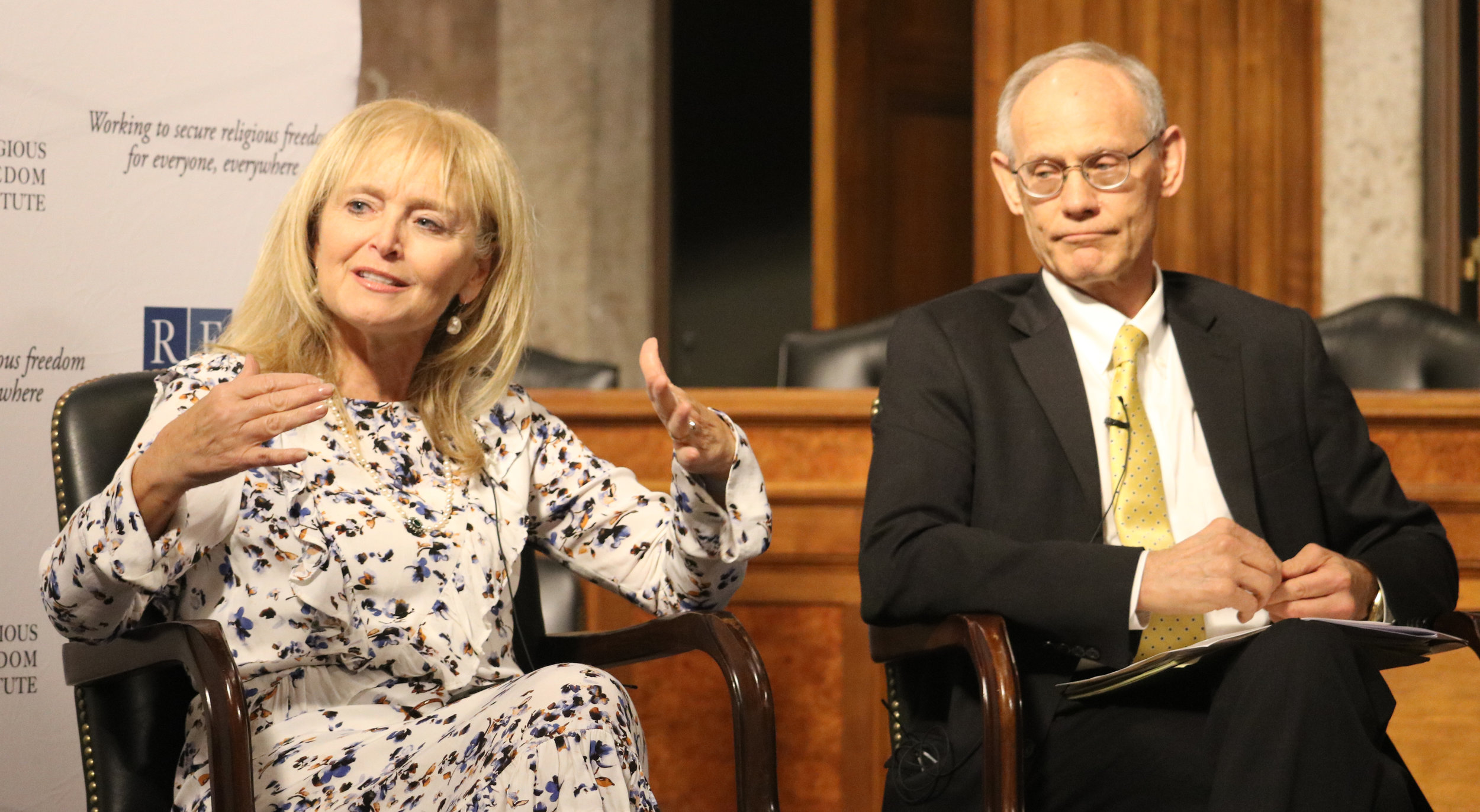 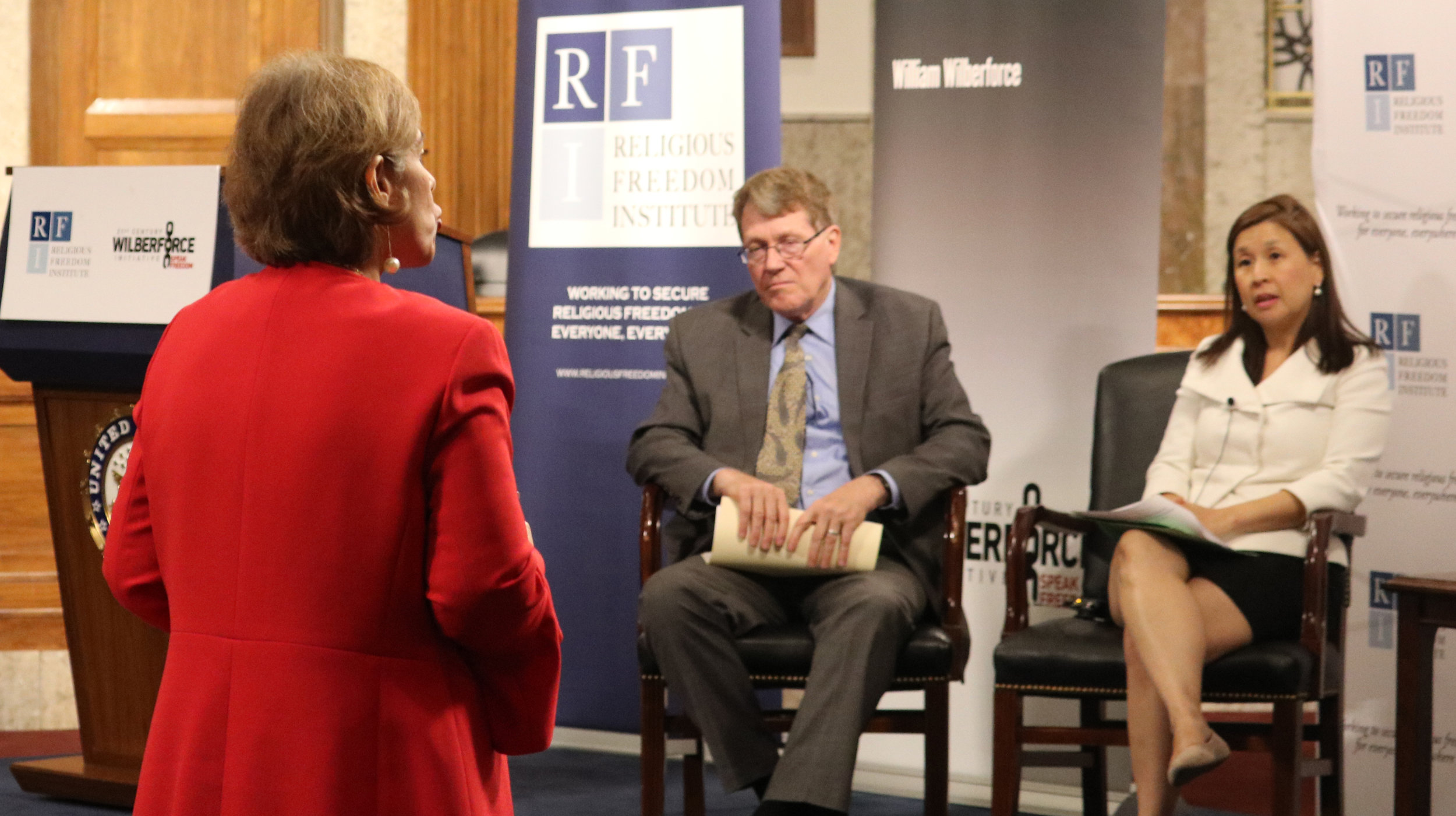 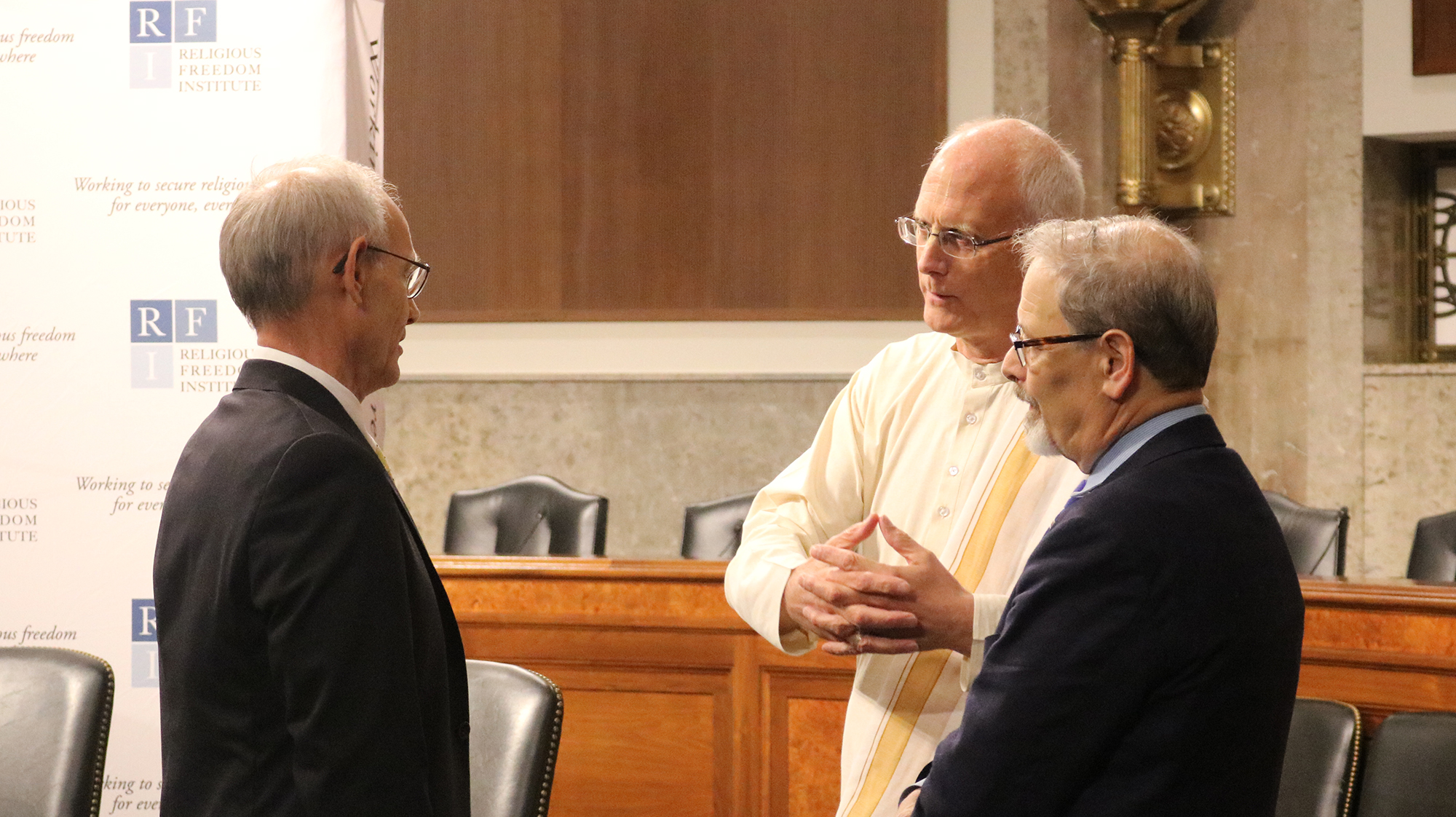